in Basel and Edinburgh

BASEL
This is the 8th Edition of the Festival. In 2009 the event was attended by 85,000 spectators while the request for tickets was twice such figure (which could not be met due to the maximum capacity of the venue). Prices ranged from 30 to 60 €, to achieve 120 € for VIP's seating.
In July 2011, 180,000 tickets were sold (and the capacity of the venue expanded) for the 10-day performance!

EDINBURGH
In Edinburgh the spectators gathered on the Castle esplanade are around 210,000 (to include about 35 percent from outwith Scotland and overseas) for the main performance featuring musicians and performers from over 30 countries, with an annual television audience of 100 million to watch the coverage worldwide. 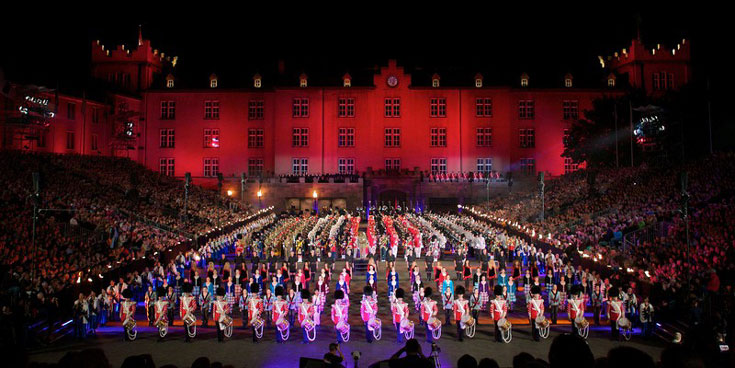